To see possibilities in potatoes, that is remarkable. Transforming potatoes into French Fries is also special.
Worldwide transportation of French Fries, and also all other kind of potatoe-products is very special as well.
The cooperation between LambWeston and Mepavex/Markiezaat Container Terminal is a match made in heaven, a happy marriage between two totally different companies.

The differences, but even more the similarity between both companies are clearly represented on the clogs. The special personal relationship between both general managers of the companies is also reflected.
The basic company color for both entities is the same: dark blue. Key design item is based on the care for their employees and the social base that both companies have in common.
Both companies are innovative and constantly seeking for improvements for their companies, but also for the Global environment.

Both companies are active in the processing business. One by forwarding a product from one place to another place. The other by fabricating a product to a totally different product, but with the recognition of the basis product.

And then there is water, both companies have a close affection with water. One of the general manager is a fanatic sailor, the transportation company is forwarding their containers over water.
One company uses a beautiful colored bowl. The other company a container. In the bowl the French Fries, as well as in the container. Of course those are the French Fries from the potato factory.
Another small detail: the colored small mill, on both “boats” as a symbol of the permanent care for environment and sustainability.


On further consideration, the differences are in the details of the design:
Of course, the colors. In the red and yellow of one company, you can recognise the colors of one of their major worldwide clients. In the blue and white of the other company, you can recognise modesty and the “do normal” mentality. But that last thing is probably also a connectivity.
Both companies are park-owners. One company owns a machine park, the other owns a fleet of cars (“car-park”). That is a difference between both companies, but also a similarity. 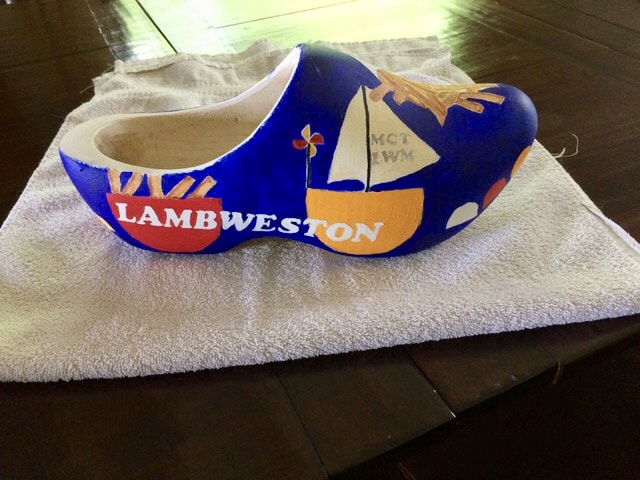 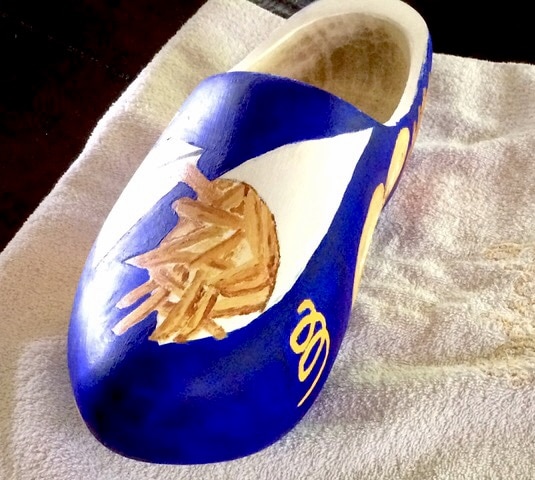 “French Fries, because that is their core business, but also a small mill, because both are busy with energy savings. I always find ways to personalize the art with a perfect fit with the customer.”
– Liesbeth Oudshoorn

"The one that gives"

1 blog represent the one that gives, the other blog the one that receives. The intention was to show the connection between the two companies. I did that to “forward” the french fries of LambWeston in the container of Markiezaat Container Teminal.
– Liesbeth Oudshoorn

The business gift for Mepavex was used in a broadcast of ZuidWest tv. If you go fast forward to 2 minute 20 you can see how one of the clogs is set to water symboliccaly. 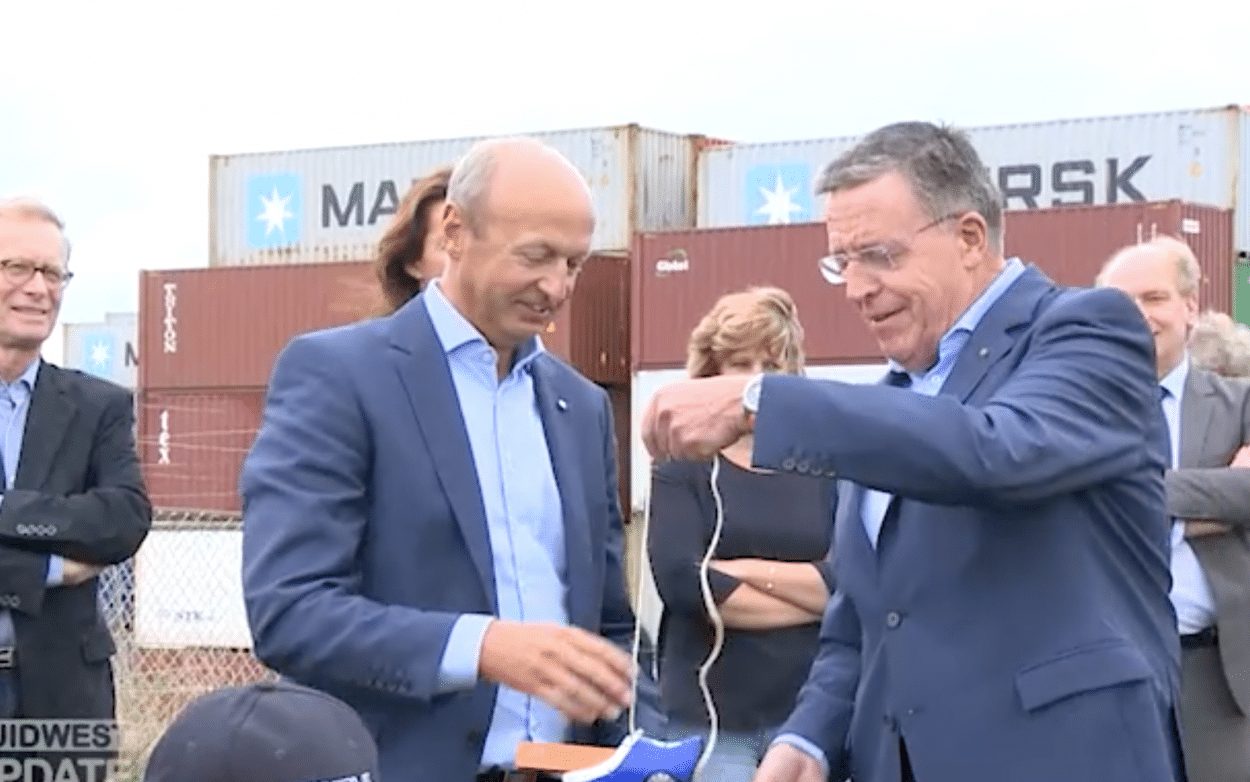 Back to business gifts