What lives in art and is eternally living, is first of all the painter, and then the painting.
– Vincent van Gogh

Authentic handmade art means quality art made with passion. It showcases the artist’s creativeness, the unique ability of each of their talents. And that was Vincent van Gogh – a talented Dutch artist with a passion that is seen in every one of his masterpieces.

A nineteenth-century painter, Vincent van Gogh was born in 1853 to a Dutch Reform Minister and the daughter of a bookseller. Largely self-taught, Vincent began his decade-long life as an artist at the age of twenty-seven following short stints in different fields as an art dealer and a Protestant minister.

During his lifetime, Vincent did not make a living from his art having sold only one of his paintings, nor did he earn any recognition for his art while alive. This was despite having produced almost 900 paintings and over 1,100 works on paper over the course of his ten-year career. 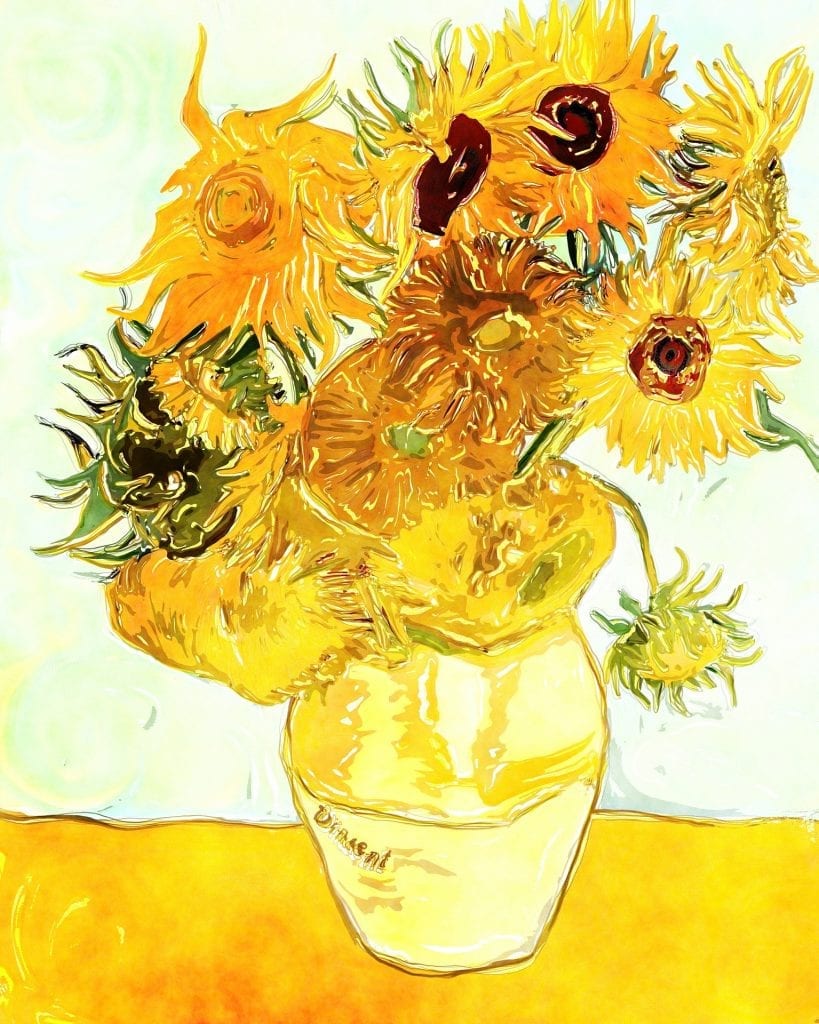 Vincent had a troubled life and as a child, he was often described as “serious and uncommunicative”. He suffered from an illness in his adult years and it rapidly deteriorated while in Arles, France. Following a heated argument in December 1888 with a fellow painter, Paul Gauguin, Vincent cut off his left ear for what he described as a “purely personal matter”. Four months later in April 1889, he voluntarily admitted himself to a psychiatric hospital where he spent a year. He later moved to Auvers, France to be closer to his brother, Theo, where though he continuously painted, he did not feel that he would recover from his illness. Vincent committed suicide in July 1890 at the age of 37.

His death explains his art as van Gogh’s work was never art for art’s sake. As evidenced in the letters he wrote on one of his pieces “The Night Café, 1888”, he was deeply passionate about the art he created. In this letter, as with others, he explains the emotions that drove him to create this piece, the passion that went into his choice of colors, the ‘terrible passions of humanity’ he sought to recreate.

His paintings to a large extent symbolize what he was feeling and his subjective reality of the world. In contrast to some paintings that do not have any deeper meaning than what is on the canvas, van Gogh’s art was symbolic of his feelings at the time of painting. In this respect, they can be classified as autobiographical, and his paintings are only understood in the context of what he intended.

Van Gogh’s emotionally explicit paintings furthered the development of a new style of painting in modern art called Expressionism, which is “characterized by the use of symbols, bright colors and a style that expresses the artist’s inner feelings about his subject.” His work was also characterized by large brush strokes and strong colors; this technique used to distinguish his art from his contemporaries with ever-increasing technological advancements for assessment.

Today, Vincent van Gogh is considered one of the most famous artists to hail from the Netherlands and one of the greatest artists to ever live. His paintings are sold for millions of dollars. Though he was not appreciated during his lifetime, his art continues to live on.

Knowing the history of the man and his art should make us appreciate our authentic handmade art as they could be just that more precious and valuable.